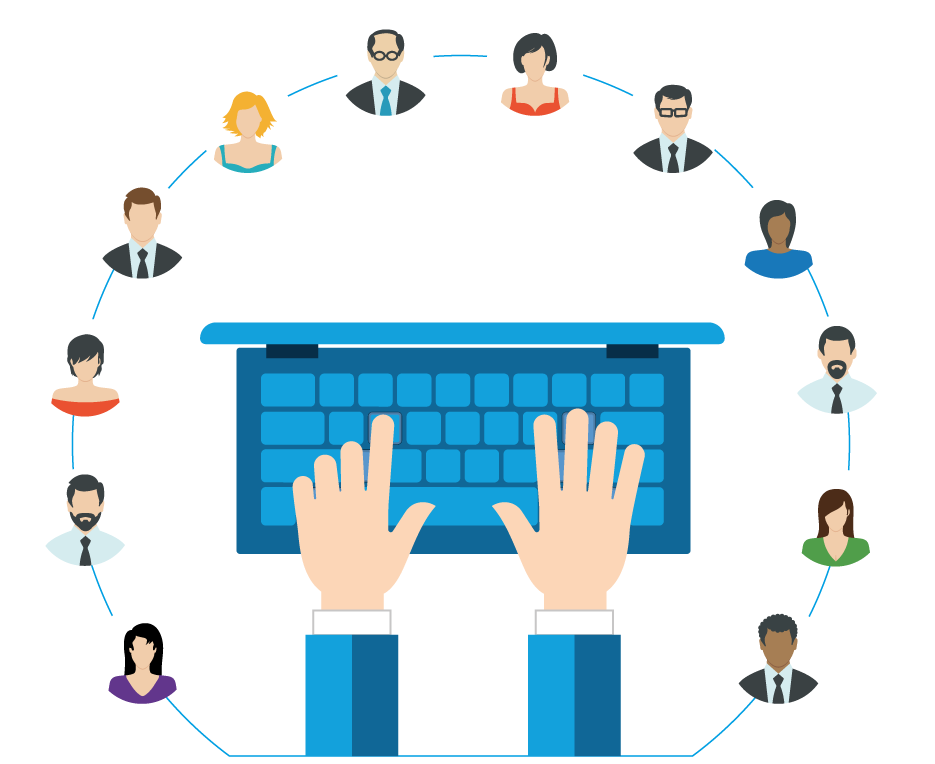 Unified communications and collaboration is versatile term that takes the various methods used in conference calls such as text, audio, video and virtual white boards and makes them available through a single interface. In its broadest sense, UC can encompass all forms of communications that are exchanged via a network to include other forms of communications such as Internet Protocol Television (IPTV) and digital signageCommunications as they become an integrated part of the network communications deployment and may be directed as one-to-one communications or broadcast communications from one to many. UC allows an individual to send a message on one medium and receive the same communication on another medium. For example, one can receive a voicemail message and choose to access it through e-mail or a cell phone. If the sender is online according to the presence information and currently accepts calls, the response can be sent immediately through text chat or a video call. Otherwise, it may be sent as a non-real-time message that can be accessed through a variety of media.

Your NGFW should include highly effective security backed by extensive threat intelligence to reduce your risk of data breach. A fully featured NGFW includes security features beyond intrusion prevention, application control, and user identity, such as web filtering, IP reputation, SSL inspection, and sandboxing to break the kill chain of attacks. n Visibility and Control.

IT is a technology that use’s the IP packets to exchange voice, Fax and other forms of information that have traditionally n carried over he dedicated circuit-switched connections of the public telephone network.

We provide IP telephony solutions to provide highly secure, reliable and scalable communications on your existing LAN/WAN infrastructure. This improves employee agility and productivity through integration with innovative applications.

Video conferencing provides face-to face interaction among collegues, business partners and customers without the hassle of travel. This increased face time strengthens relationships which can help drive productivity and customer satisfaction. The benefit includes Reduced travel, Cost saving, Stronger relationship, Increased productivity and improved work/Life balance. Collaboration can happen in Board room, Mobile devices, Desktop and on Cloud. We provide the solution on both platforms that is hardware and software base.

Are you ready for a better,